It is a long-standing tale that human societies have incubated ideals of beauty and felt an affinity towards this social construct. These ideals are often rooted in mythologies that these societies have created. There are many examples of such myths and legends in Greek, Roman, and Mesopotamian myths. The ancient Greek goddesses lived on Mount Olympus, just like the Olympian gods. These fascinating goddesses are a force to be reckoned with in Greek mythology. However, the Greeks aren’t the only ones who have created goddesses of beauty. The following list also includes goddesses from different ancient societies.

Why do people worship beauty goddesses?

People have worshiped since the beginning of time either what they deeply value or what they fear most. In both cases, it is the power they worship. People often create deities that represent meaningful discourses. Beauty is something that most societies are actively involved in and place great value on. So it makes sense that the ancient Greeks created a mythology about the feminine with all its wonders and colors, emphasizing ideals of femininity and power in the capacities of motherhood and sexuality. Many goddesses are prominent in diverse mythologies, each with its own fascinating stories.

The Story and List of Names of 10 Beauty Goddesses 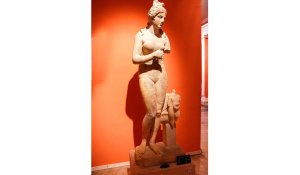 Aphrodite is perhaps the most well-known Greek goddess of beauty. She is believed to be the embodiment of beauty, love, and fertility. Many legends surround her birth, but the most common one is that she was born from sea foam inside a seashell like a pearl in an oyster shell. The Birth of Venus, by Sandro Botticelli, illustrates this iconic scene. Aphrodite, the mother of Eros, (Cupid), is often associated with symbols such as sparrows and myrtles, doves, roses, and sparrows. Her name is also the source of the term aphrodisiac.

Despite her beauty legend, stories about Aphrodite did not bring any good fortune. Her Trojan War started when she promised Helen of Troy, the most beautiful mortal in this world, to Paris for the title “Fairest God of the Land.” She also ill-treated Eros’s mortal lover Psyche, and other scandals on Mount Olympus.

Hera, Queen of the Gods and wife of Zeus, is a must-see on any list of goddesses. Hera, the Goddess of Women & Marriage, was a true Olympian Goddess of unsurpassed beauty. She was so attractive that she went toe-to-toe with Aphrodite. Because Prince Paris chose Aphrodite as the Fairest Greek Goddess, she chose to side with the Greeks and not the Trojans during the War. We know that Aphrodite negotiated through Helen of Troy’s promise.

Aphrodite was also a negative role model for her. She criticized Zeus’ mistresses, inflicting pain on her stepsons, and daughters, and castigated Zeus. Her son, Hephaestus was exiled from Mount Olympus because of her unforgivable sin of being attractive and deformed. It is also believed that she sent snakes to Heracles’ crib, Zeus’ son with a mortal woman.

Hestia, one of the oldest and most important Greek goddesses was also the goddess of the hearth. Shrestha was also the sister of Zeus and Poseidon. Hestia was one among three virgin goddesses, the other two being Artemis and Athena. Despite being pursued relentlessly by Poseidon and Apollo, she kept her oath before Zeus to remain pure. She represents chastity as the highest virtue of womanhood, according to ancient society. She represented the beauty of warmth emanating from the hearth’s burning flames and the divine trace that brings about tranquility in domestic life. 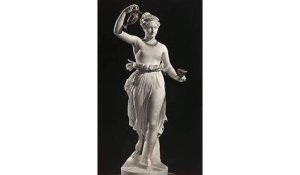 Zeus’s youngest child, Hebe was considered to be the divine personification of everlasting grace, beauty, and love. Her name, which means “youth” Greekly, is a symbol of feminine grace and charm for ancient Greeks. She was believed to be able to restore youth in the elderly. She was also responsible for keeping the Olympian gods immortality by giving them nectar of immortality. This was one of many domestic chores that she performed upon Mount Olympus. She was also Hera’s handmaiden and helped to build the royal chariot. She married Hercules later and had two children with him.

YOU CAN ALSO READ THIS   Asianbrattt Onlyfans Age, Her Earning, And Social Media

Inanna, also known as the Queen of Heaven, is a Mesopotamian goddess that represents love, beauty, and justice. Like most goddesses associated with beauty, she is the Mesopotamian equivalent of Aphrodite. The lion and the eight-pointed Star are her most prominent symbols.

Inanna, although she was considered a virgin goddess, was responsible for love and lust. It was believed that she stole themes from the god wisdom, which represented all positive and negative aspects of civilization. Many legends surrounding her include the usurping domains of gods and goddesses.

Hedone was the goddess of love, pleasure, enjoyment, and delight. Eros (Cupid), the son of Aphrodite and Psyche, his mortal love, gave birth to her. Hedonism is a term that comes from the Goddess Hedone. It refers to the sexuality, lust, and femininity Hedone represented. Voluptas is Roman Mythology’s equivalent goddess. Hedone would be found in the Tempel Of Himeros, but she would not be often found there. She was instead found wandering through human towns with a torch of Love and myrtle, which she used to induce delight, profundity, and ecstasy. She had many mortal lovers.

Lada, a goddess of beauty and fertility in Slavic mythology and Baltic mythology is associated with beauty and fertility. Lado, her male counterpart, is also available. Both are often mentioned in songs about harvest, weddings, and planting. Lada derives its name from the Russian lad which means harmony, unity, and peace. Lada is closely associated with other deities whose aspects are related to the Sun, water, and grain.

Between the fifteenth century and the eighteenth century, Russia’s Lada and Lado were worshipped during spring fertility rites.

YOU CAN ALSO READ THIS   Cooley High: The Truth That Emerges About Brenda And Cynthia Davis

Hathor, an important deity in ancient Egyptian religion, had many roles. Ra, the Sungod’s wife, was her symbolic mother. Her soft side was dance, music, and joy. She was also the Eye of Ra, which gave a violent side to her and made her the protector of the Sun god.

This duality, which combines strength and softness, was what Hathor embodied, the Egyptian concept of femininity. Hathor is often associated with the symbol cow to represent her maternal side. However, her most common form is a cow-horned woman. She was also depicted as a cobra or a lioness, and a sycamore.

In Roman mythology, Voluptas is the daughter of Cupid/Eros and his mortal lover, Psyche. Voluptas was born before her union. She was a force for beauty and love, despite the disapproval of her paternal grandmother. She is often seen with the Three Graces and is also known as the goddess of sensual pleasures. Voluptas means pleasure or delight. Hedone is the equivalent goddess in Greek Mythology.

Venus is a Roman goddess that encompasses love, sex, and desire. Venus is the Roman equivalent of the Greek Goddess Aphrodite and the Mesopotamian Innana. Venus, the goddess of chastity in Roman mythology was despite having several illicit affairs. Her husband Vulcan/Hephaistos was her main love, while Mars/Ares was her God of War/God of War. Venus and Mars were allegedly cunningly caught in a bed with Vulcan’s net. This is why Venus and Vulcan had no children and their marriage was void of love. Venus, the goddess of fertility, was not childless. She had many children from various gods. She gave birth to Timor, who was the personification and fear of Mars, his twin Metus, who is the personification and terror of terror, Concordia the goddess of harmony, as well as the Cupids, a group of winged deities that represented love.